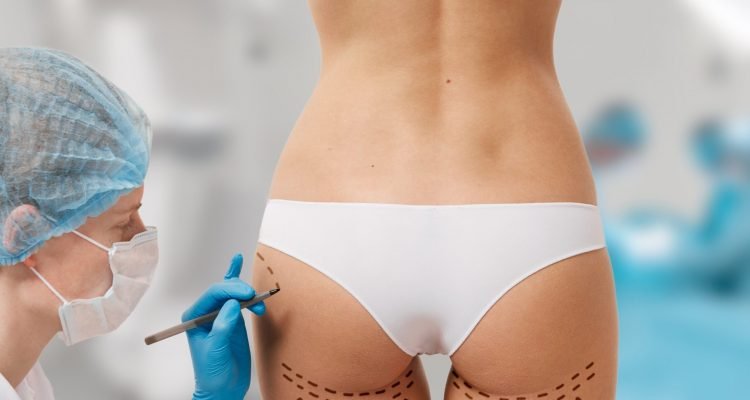 The buttocks, also known as buttocks, have a very important place aesthetically, especially for women. Women with smaller, larger or flatter buttocks than they should have can sometimes experience self-confidence damage. The social lives of women who do not have an ideal butt appearance can also be negatively affected from time to time. Brazilian Butt Lift, also known as BBL, is aesthetic surgery procedures applied to eliminate such problems.

Brazilian Butt Surgery (BBL) is the process of shaping the buttocks by transplanting excess fat tissues taken from various parts of the body to the buttocks in order to obtain more lifted, round and beautiful looking buttocks. During the BBL procedure, applications such as buttock elevation, shaping, correction of hip lines, augmentation, reduction and cupping are performed together.
While the person’s own fat tissue can be used in butt aesthetic surgery, it is also possible to use silicone prosthesis.

There are two basic methods called silicone filling technique and fat transfer procedure in buttock surgeries. The choice of one of these methods is made in line with the wishes of the person and the recommendations of the physician.
Butt aesthetic procedures performed using the person’s own fat tissue have recently become highly preferred. Liposuction technique is used in the first stage of this method. With the liposuction technique, excess fat tissues in areas such as the belly and hips are removed and injected into the buttocks. In this way, a clear-lined, upright, shaped and rounded buttocks appearance is obtained. In addition, unwanted fat in the body is also gotten rid of.

Butt aesthetic surgery is usually performed under general anesthesia. Patients who smoke should stop smoking at least 24 hours before surgery. In addition, alcohol use should be stopped 1 week before the operation. The use of drugs with blood thinning effect should be stopped and the consumption of products containing caffeine should be minimized.

Patients are usually hospitalized for 1 day after Brazilian butt aesthetics. Discharged patients are also required to rest at home for 3 days.
Swelling, bruising and redness can be seen in the butt in the short postoperative period. This condition is completely temporary and will disappear completely within 1 month.
Discharged patients should not take a shower for the first 3 days after the BBL operation. The patient should use the corset recommended by the doctor meticulously for at least 3 weeks after the operation. There may be minor aches and pains for the first few days after butt aesthetics. This situation can be easily controlled with painkillers given by the doctor. Smoking and alcohol should never be used as they will negatively affect the healing process. Heavy exercises should be avoided for the first few weeks after butt aesthetics. On the 4th day after the operation, the patient can gradually return to his/her daily life and take a shower.